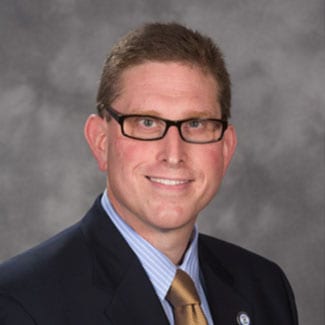 Dr. Gary J. Margolis will serve as Co-chair of the Navigate360 Strategic Advisory Board. Gary is an entrepreneur and former law enforcement executive with a passion for providing products and services that support the safety of our communities. He began his career as a Chittenden County deputy sheriff while in college and, by that time, had already built several successful businesses including a small seasonal landscaping company and collegiate laundry service. After graduating from the University of Vermont he joined the South Burlington (VT) Police Department as a patrol officer before being recruited by the Vermont Criminal Justice Council to lead the in-service and basic training programs that certified Vermont law enforcement officers. During his time as an academy administrator, he also served as a police officer with the Burlington (VT) Police Department. In 1997 at the age of 28, Dr. Margolis was recruited to become the Chief of Police at the University of Vermont, a post he held for almost a dozen years.

Dr. Margolis was active in, and held leadership positions with, the International Association of Chiefs of Police (IACP), the International Association of Campus Law Enforcement Administrators (IACLEA), and the Commission on Accreditation for Law Enforcement Agencies (CALEA) where he served as a Commissioner and member of the executive committee. CALEA is responsible for accrediting law enforcement agencies, communication centers, and training academies in the United States, Canada and Mexico.

After twenty years in law enforcement, Dr. Margolis co-founded Margolis Healy & Associates, LLC (acquired in August 2017), which is the premier safety and security consulting firm for universities, colleges and K12 schools in the United States. Margolis Healy was chosen by the US Department of Justice to establish and lead The National Center for Campus Public Safety created by Congress after the tragedies at Newtown, CT and VA Tech. In addition to direct consulting services, the firm served all 4,500 universities and colleges in the United States as the federal resource on matters of safety and security. He has testified before the US Senate and been an expert for the US Department of Justice, US Department of Homeland Security and US Department of Education.

Dr. Margolis co-founded Social Sentinel, Inc. (acquired by Navigate360, LLC in October 2020), a SaaS-based technology company that helps safety and security teams in education and other industries pay attention to the digital conversation for the safety of their communities. Social Sentinel’s artificial intelligence-based, natural language processing technology can identify more than 2,000,000,000 indications of harm and violence in public social media and proprietary digital conversations. The service, which adheres to the Constitutional tenets of freedom of speech and assembly, is credited with helping save countless lives and prevent violence. Social Sentinel has won awards and accolades for its outstanding technology and customer service, including a 2018 Gold & Bronze Stevie Award for Sales & Customer Service. He is currently the Senior Advisor to the CEO and Co-Chair of the Advisory Board for Navigate360.

Dr. Margolis holds a masters and doctoral degree from the University of Vermont (UVM), and held faculty appointments at UVM, Champlain College and Norwich University. He lives in Vermont with his wife, a professor, and two children. Dr. Margolis is active on local non-profit boards and is an avid motorcyclist and practitioner of Ashtanga yoga.