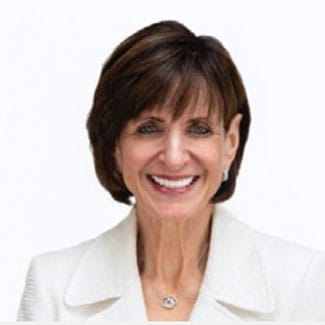 Karen Tandy has more than 40 years of leadership experience in the public and private sectors with executive board experience serving on for-profit and nonprofit boards. She is the principal of KPT Consulting LLC, a government affairs consulting firm in the Washington DC area, and Executive Vice President of tele-health firm, NLW Partners.

During her public service, Ms. Tandy was appointed by President Bush and unanimously confirmed by the US Senate as the first female to head the U.S. Drug Enforcement Administration (DEA), where she managed a $2.2 billion budget and led more than 10,000 employees in 86 global offices. Before that, Ms. Tandy was Associate Deputy Attorney General during the Clinton and Bush Administrations with responsibility for anti-money laundering, counter-drug policy and DEA regulatory oversight. She also led the nationwide Organized Crime and Drug Enforcement Task Forces and served for more than 15 years as a federal prosecutor.

In the private sector, Ms. Tandy serves on several advisory boards including the Verizon First Responder Advisory Council, Roman Health and the Consumer Brands Association. She previously served on the board of a private equity funded university and was Senior Vice President of Government Affairs for Motorola Solutions. In that capacity, she was Motorola’s top public policy spokesperson on issues related to global telecom policy, responsible for its country management in more than 70 countries, and director of its multi-million dollar foundation.

Ms. Tandy remains active on public safety boards. In 2020, Ms. Tandy was appointed by U.S. Congress to the Commission on Combating Synthetic Opioid Trafficking. She also currently chairs the Board of Directors of the National Center for Missing and Exploited Children and is Vice Chair of the U.S. Department of Homeland Security Advisory Council, appointed during the Obama and Trump Administrations. Ms. Tandy is the former Board Chair of the National Law Enforcement Officers Memorial Fund and chaired several Homeland Security Advisory Council panels on the use of privatized immigration detention facilities and on the Customs and Border Protection’s use of force and handling of families and children at the Southwest Border.
Ms. Tandy resides in Northern Virginia and is admitted to the State Bars of Texas and Virginia.